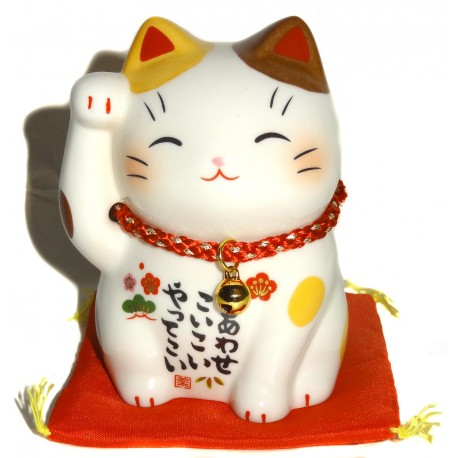 This product is no longer in stock

A decorative item traditionally found in shops, Maneki Neko are said to bring good luck.
A Maneki Neko raising its right paw is said to help bring money in, while one raising its left paw is supposed to bring happiness. But depending on the regions, and who you are asking to, you might be told the opposite!
This Manekineko novelty is that instead of the traditional "one million ryo" ("Hyaku man ryo") written on a koban (old coin of the Edo era worth a ryo), it holds its paw on a wad of cash of 100 banknotes of 10,000 yen, hold by a strap saying that "even 1 million yen starts at 1 yen).

2 other products in the same category:

Quick view
Add to Wishlist
Add to Compare
In stock

Quick view
Add to Wishlist
Add to Compare
In stock